Ahead of the Curve

With a fist full of credit cards, a lucky run at the horse track, and a title that called to mind a certain French film star, Franco Stevens launched the best-selling lesbian lifestyle magazine ever published, connecting her community in an unprecedented way. AHEAD OF THE CURVE is a new feature documentary about the extraordinary woman who started Curve magazine, and by doing so helped accelerate the political and social evolution of the nation. 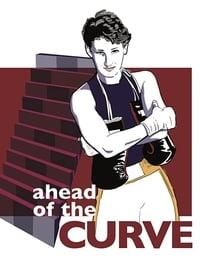 Rating:12A
12A CertificateFilms classified 12A have been deemed appropriate for viewers of twelve and over. However, they can also be seen by younger children - provided they are accompanied by an adult who has deemed the film appropriate viewing for that child. In such cases, IFCO strongly recommends that parents/guardians make informed decisions by accessing the consumer advice available on this website.
Advisory:infrequent strong language, moderate sex references, nudity, discrimination
Country: United States
Language: English
Released:27 June 2020
Duration: 95 min
Genres: Documentary